Home / Cosmetics • Tips / How to Read & Analyze Ingredients of Cosmetics? INCI with No Secrets 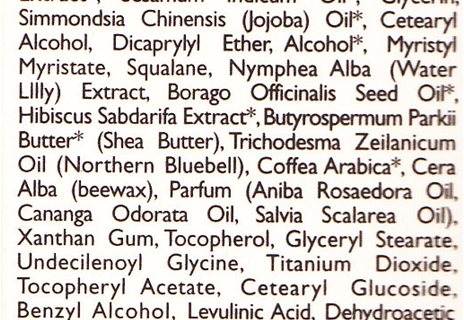 What does INCI stand for? It is International Nomenclature of Cosmetic Ingredients which is the system for marking beauty products. It is valid in the EU countries, China, Japan and United States. How to read the composition of cosmetics? What are the most popular ingredients and allergens in beauty products?

INCI – how it works?

INCI describes all substances used in cosmetics that are sold in the above-mentioned countries. The names of the chemical substances are given in English whereas substances derived from plants and animals – in Latin, therefore, all substances can be easily identified, no matter the place of production. All components of a product have to be listed on the packaging or in the leaflet. The order in which they appear is not random: the ingredients at the top of the list come in largest quantities whereas the ones at the end make up 1% of the product tops.

How to read the INCI?

What I pay attention to while reading INCI?

Firstly, I check if a product contains a high concentration of ingredients that I’m interested in. In other words, I check if these substances appear first in the list. Thanks to that, I’m sure that the product I buy is going to solve my skin or hair problem. Example: If I’m after gold particles, they must be somewhere at the beginning of the list. Otherwise, their power may prove to be insufficient.

Secondly, I avoid substances which give me allergic reactions. How do I know which ones are they? From experience, of course. Whenever a product causes allergic reaction, I write down its ingredients so I learn which substances caused my allergy. Contrary to appearances, you can draw such conclusions pretty quickly.

Thirdly, I look into INCI to find out if a cosmetic is comedogenic. If it is, it means it clogs pores not letting skin breathe. Obviously, I avoid such products.

I’ve rounded up the most common substances found in cosmetics together with their functions:

The following ingredients are said to be the most common in beauty products:

I’m prone to allergies but I know that even those of you who aren’t have experienced an adverse reaction after using some cosmetics. What’s the reason for that? It doesn’t result from not checking the ingredients, no worries. Cosmetics are tested in certain environment whereas after being launched they go to various people, they are used in various conditions and on different types of skin or hair. Therefore, they may go into reactions that they haven’t been adapted to.

Interestingly, even though plant-derived substances are healthier, many of them may give stronger adverse reaction than chemical substances. That is why organic products are often unsuitable for people whose skin is sensitive.

What about you? Do you read INCI of the products you purchase? Are there any substances you go after or – the other way round – try to avoid? I’m curious if we share the same opinion 🙂

You need to know